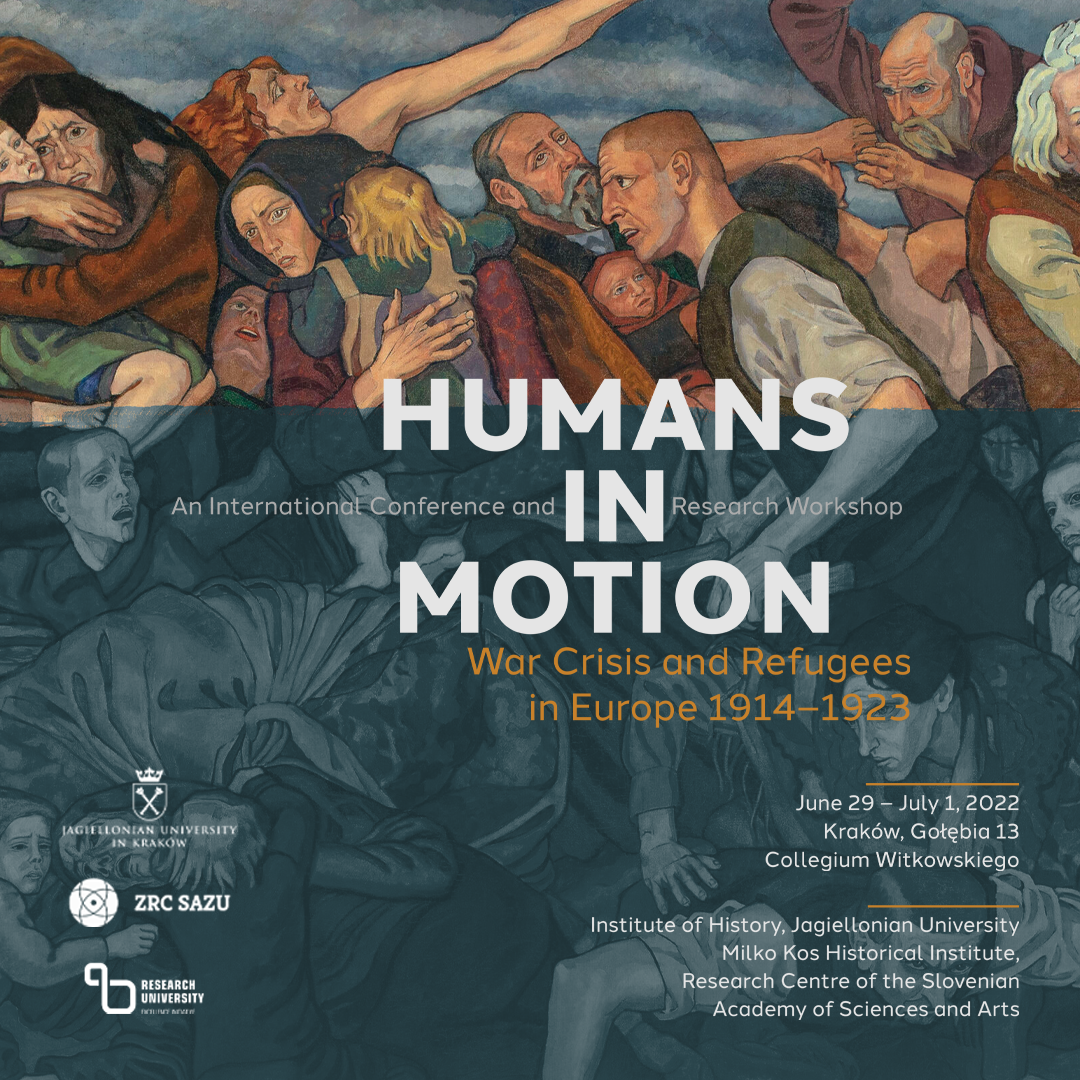 From 29 June to 1 July 2022, the Institute of History of Jagiellonian University will host the international scientific conference "Humans in Motion: War Crisis and Refugees in Europe 1914–1923". During this event, academics from over a dozen countries (Austria, Belgium, the Czech Republic, France, the Netherlands, Lithuania, Latvia, Germany, Norway, Poland, Slovenia, Turkey, the USA, Hungary, and the United Kingdom) will present their research and reflections on war refugees in Europe over a hundred years ago. The keynote will be delivered by Prof. Peter Gatrell (University of Manchester). This conference is part of the R2R project funded by the Research University – Excellence Initiative as part of the research group "Humans in Motion: Refugees in Europe 1914–1923" (PI and research group coordinator: Dr. Kamil Ruszała, Jagiellonian University), implemented in partnership with the Milko Kos Historical Institute, Research Center of the Slovenian Academy of Sciences and Arts. It is an interdisciplinary and international team of experts dealing with the issues of war refugees in the first decades of the 20th century in Europe, thus engaging, integrating and stimulating debate scientists affiliated with various research centers around the world, by creating in Krakow a platform for the exchange of thoughts between scholars of various level (from PhD students, PostDoc to experienced researchers), thus showing the Jagiellonian University as a moderator of international dialogue and debates on current issues through the prism of past experiences. Research on war refugees in the past undertaken by the research group emphasizes that contemporary migration processes are not a new experience for the European continent and its inhabitants: floating borders and people in motion remain an identical but forgotten part of the past and heritage. The problems of war refugees are part of both the discourse and social awareness. Refugeedom is a great lesson of humanitarianism, tolerance, understanding, help, and rational approach of each party, which should be explained to a wider audience. Therefore, the objective is to try to understand contemporary problems through the prism of past experiences, thus completing the educational function of the historical narrative. 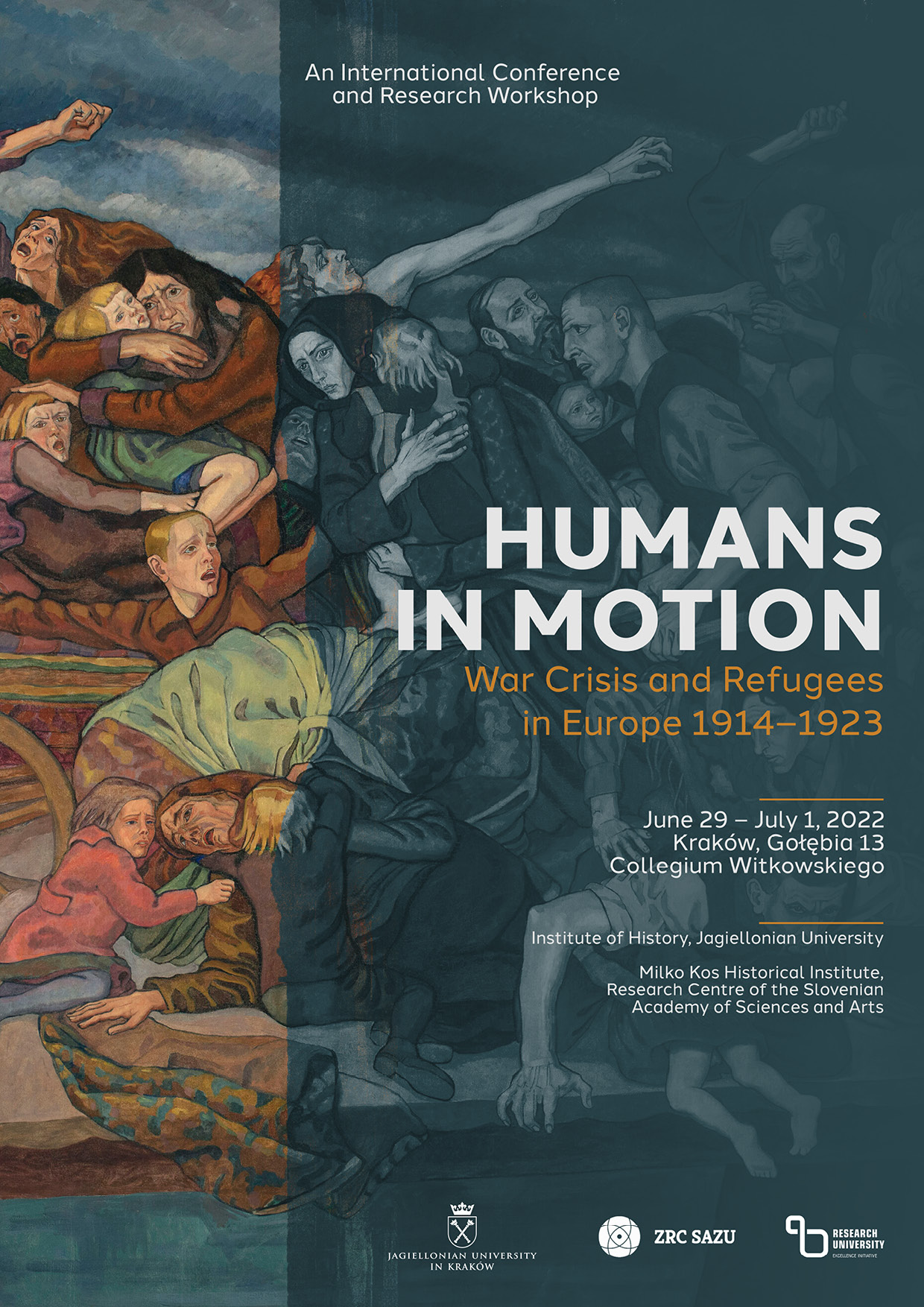 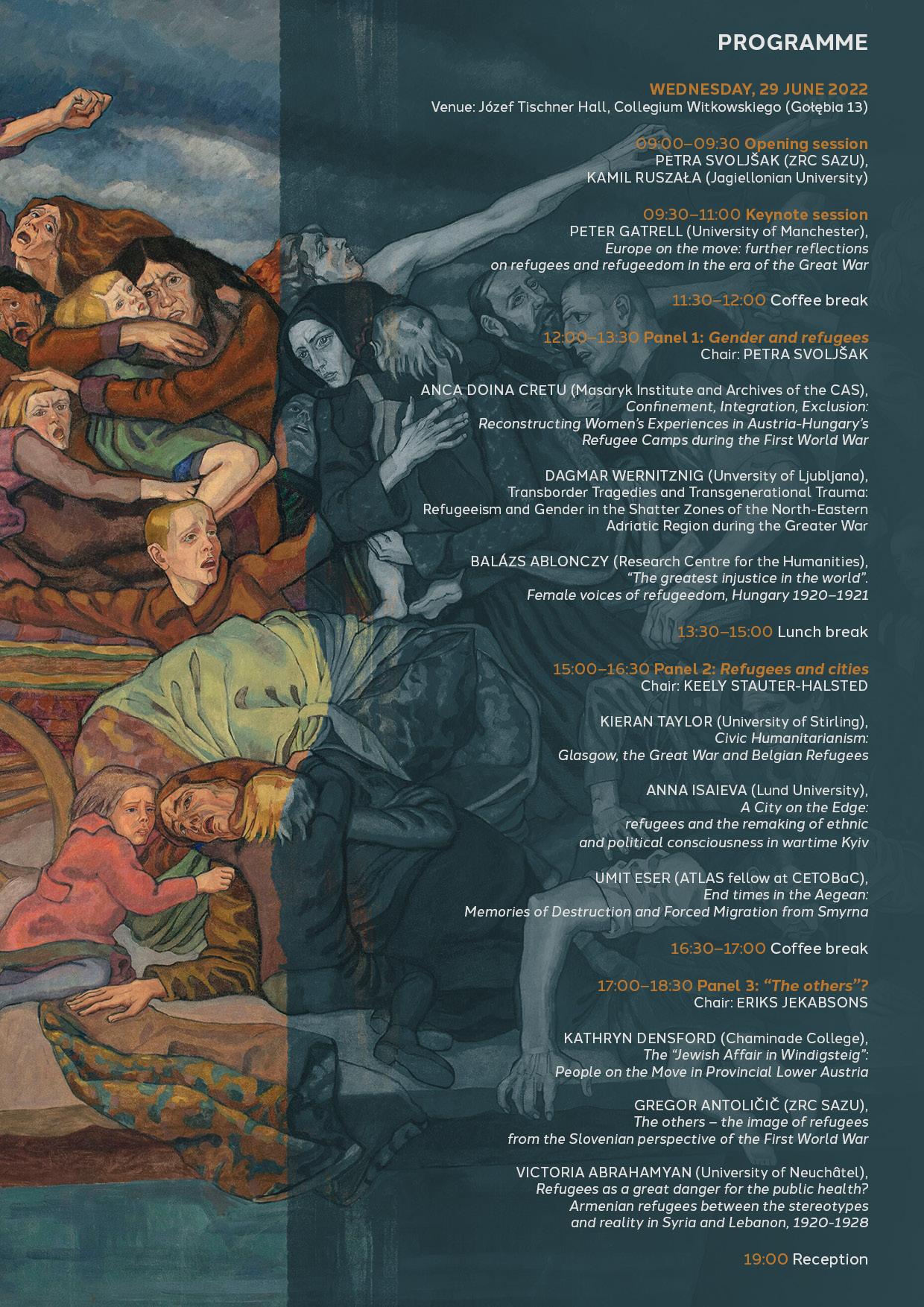 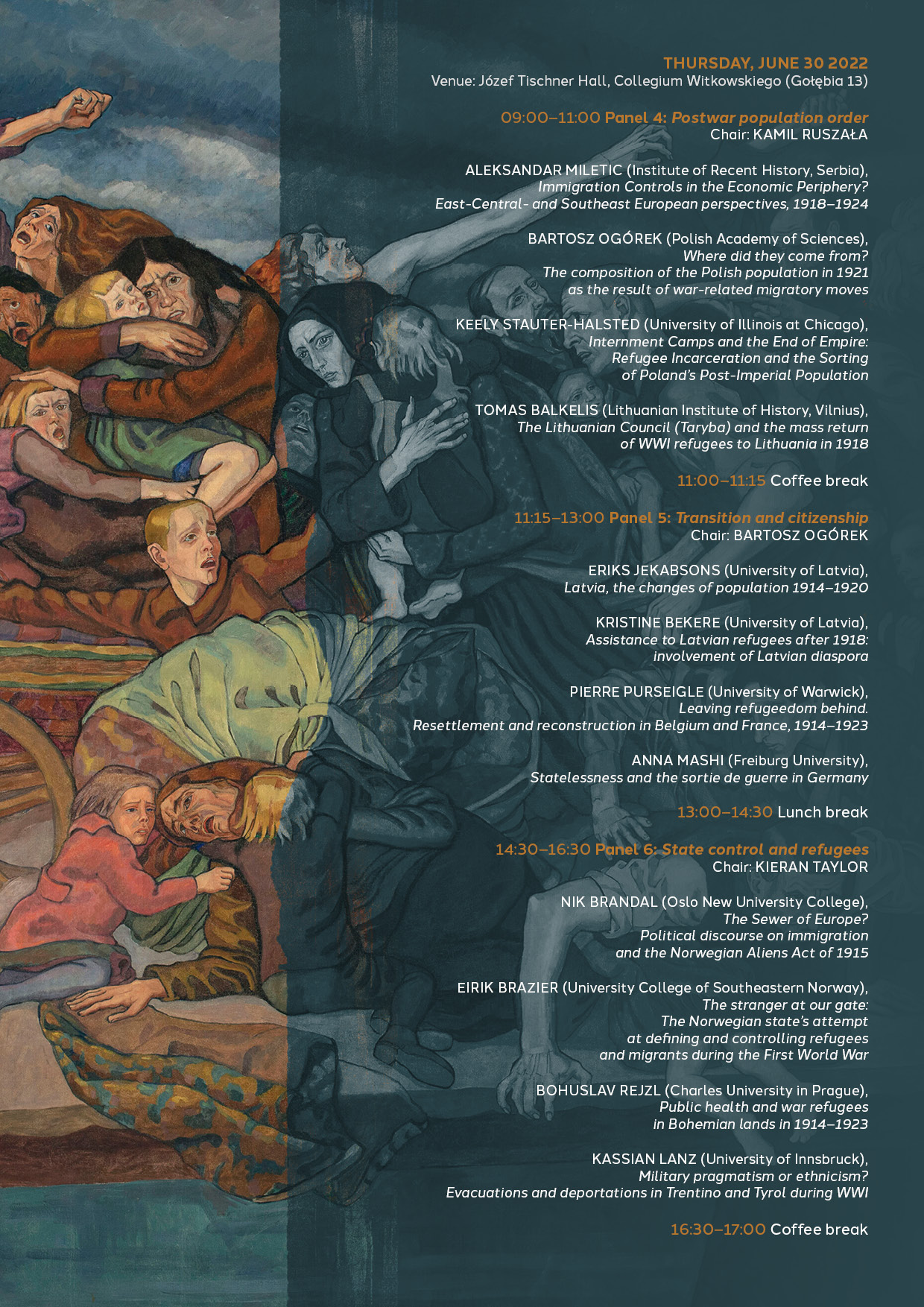 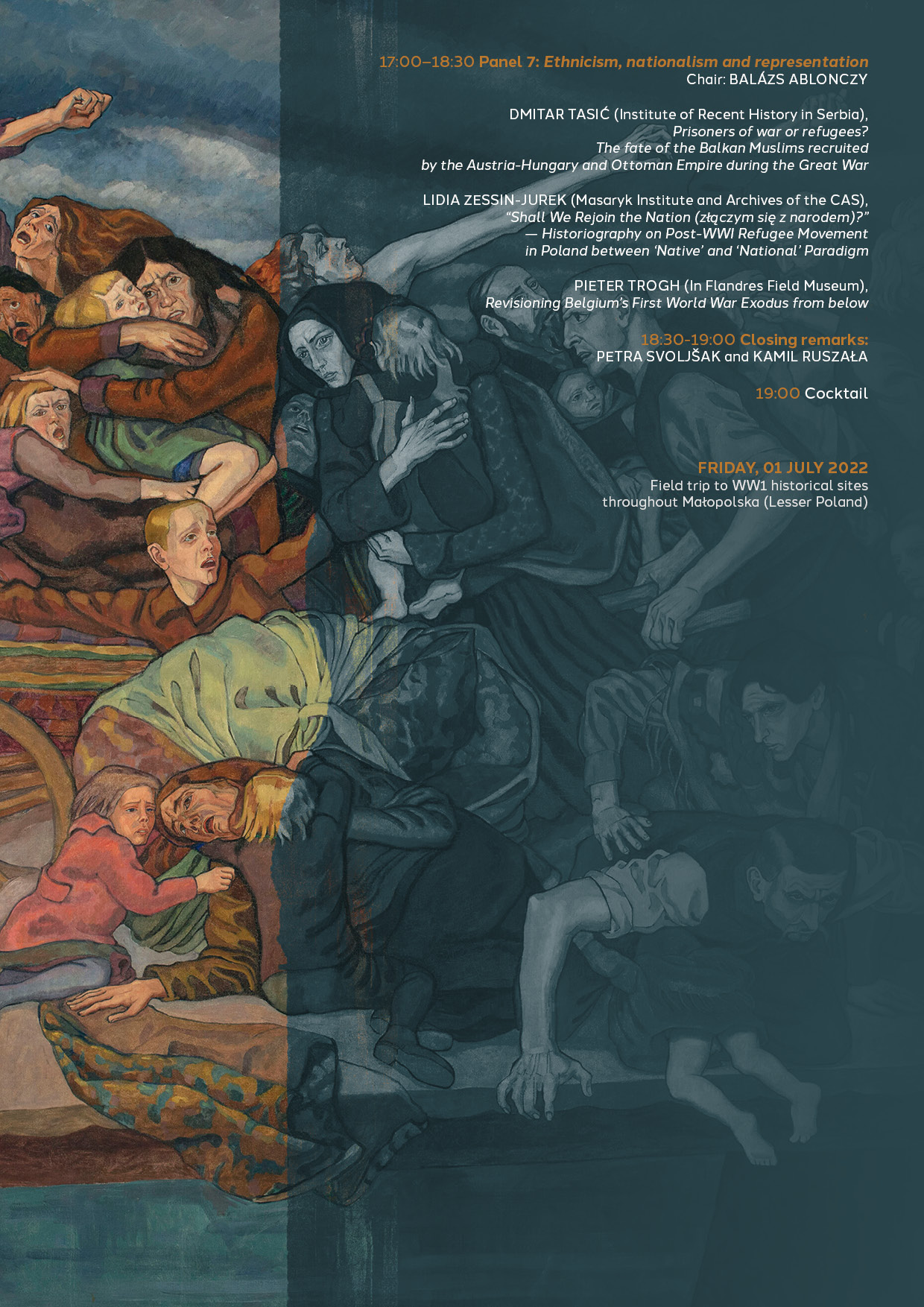